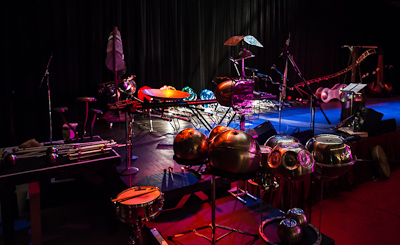 Composer Jason Staczek is on board as musical director, composer and performer for Lelavision's Heavy Metal DëVices Show! He is working closely with the DëVices and the cast to create new music that is as innovative as the instruments themselves. 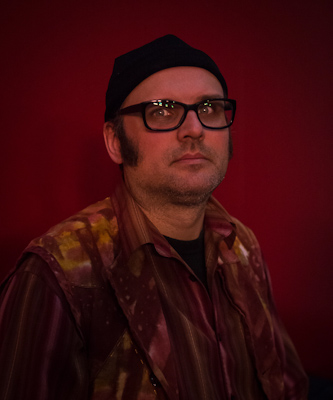 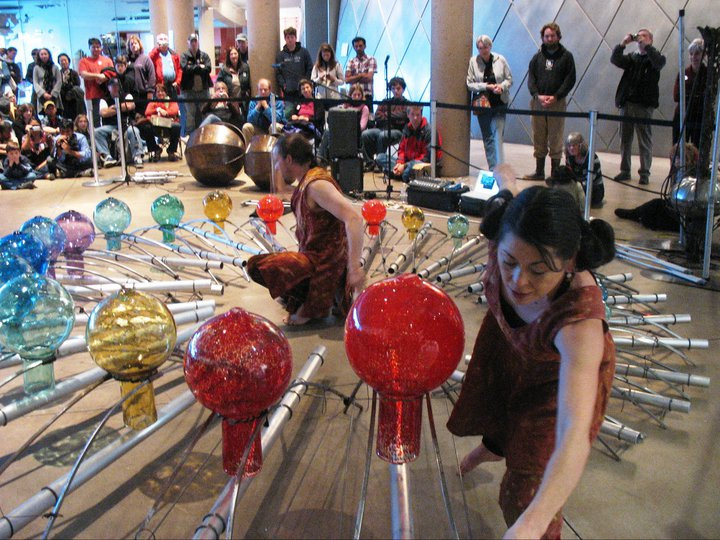 Jason Staczek relied heavily on the Shrimp Platter in his score for the film Keyhole by Guy Maddin.

The Shrimp Platter is a giant glass and metal instrument made by Ela at the Museum of Glass in Tacoma, WA and at Lelavision's Studio. The low frequency instruments is comprised of 25 harmonically balanced aluminum tubes that are amplified by a gradating set of glass resonators. Jason assisted Ela in the development of the instrument into an electrically controlled acoustic instrument that can be played or programmed through sequencers. Jason arranged several compositions by Gurdjieff and Thomas de Hartmann for the shrimp platter and other instruments as part of Lelavision's performance Harvesting Light. 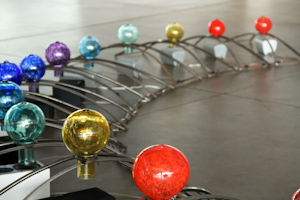 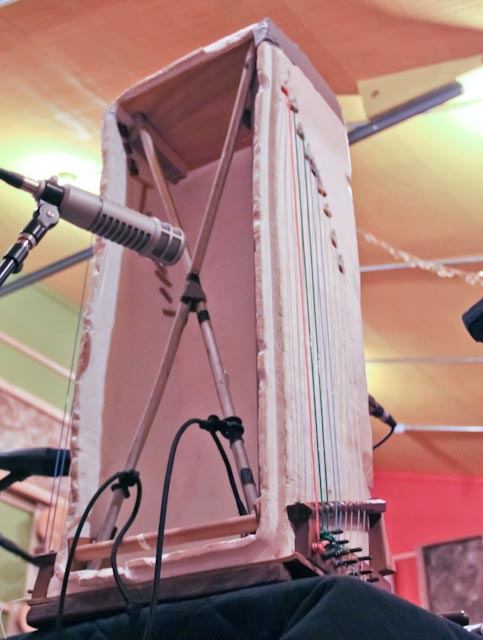 Jason and Ela have teamed up with Brendon Hogan to produce sample
sets of many of Ela's instruments. The Koola (in Jason's studio at left) will be the first commercial release.
Harvesting Light

Jason performed with Lelavision in this live show at the Blue Heron Arts Center.
Harvesting Light is a performance based on themes of light in all meanings of the word. Centered around the glass instrument the Shrimp Platter, the performance made light of enlightenment with choreography and music. The sound score included original pieces by Lelavision and Jason's arrangements of pieces by Gurdjieff and Thomas de Hartmann played on Ela's instruments. Sponsored by Artist Trust and Vashon Allied Arts.

Jason is a composer, keyboardist, record producer and recording engineer. His musical life began on the piano and cello, but he became a lifelong student of the Hammond B3 organ. His keyboard work appears on the recordings of many Sub Pop artists, including Zen Guerilla, the Black Halos, Rosie Thomas and the Makers. As a composer, his work with Canadian director Guy Maddin has been called "swirling and adventurous" and "teasingly reminiscent of Philip Glass". He has appeared on stage with Isabella Rossellini, Alanis Morissette and Geraldine Chaplin and has conducted orchestras on three continents. www.staczek.net